The Macmillan Elephant reminds us of exercise benefits 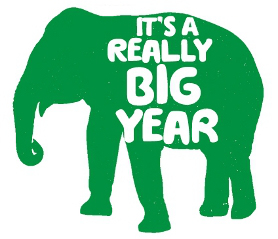 Take a good look at the Macmillan Elephant.

This is going to be in the room/hospital/even Parliament constantly from now on.

Whatever happens, no-one dare make a sensible climb-down over the Health Bill. Egg is around in bucketfuls, and no politician has the courage to pull the plug on probably the most unpopular bill since the Poll Tax.

Yes, the NHS needed to reform – no-one would deny that. But one doesn’t send a Lansley breed bull into the china shop of the NHS to make reforms. One goes about reform gradually.

But being sensible doesn’t make headlines. And today’s politicians live by media soundbites.

Perhaps this Elephant standing in the corner might remind everyone that it is THEIR money that funds the NHS, and when the service crumbles, their in-put might actually be listened to.

I asked a very eminent medical journalist for her thoughts. She knows what’s happening, realises that we must be realistic, but believes that prevention could SAVE money.

Why don’t we concentrate on the health part of the National Health Service? Prevention being better than any cure”.
Back-up for her comments is provided in a report by Macmillan Cancer Support. It notes that cancer patients and cancer survivors should exercise at least 2.5 hours a week,i and cites an excerpt from the American College of Sports Medicine consensus statement on exercise guidelines for cancer survivors, which states:
“Exercise is safe both during and after most types of cancer treatment… Patients are advised to avoid inactivity and return to normal daily activities as soon as possible after surgery, and during adjuvant cancer treatments.”

Of course people need to be mindful of the level of intensity, and avoid exercises that may stress a surgical incision or repair, but generally speaking the sooner you can get moving after surgery, the better. Continuing to exercise on a regular basis strengthens the cardiovascular system, stimulates metabolism and is a powerful anti-depressant.

What happens in the private sector ?

Private patients can be put on a Cancer Recovery Exercise Programme, if they are willing. Insurance companies will usually pay for this as an aid to rapid recovery. Local Physios at the NHS hospital were so interested they tried to set up a programme, but it was decided they were a general hospital, and there was no joined-up thinking to encourage them to offer the programme for local cancer hospitals.
In the private sector, those with Osteoporosis are often given specialised exercise programmes, which can reverse the disease. One hospital, when asked if they would provide these simple, inexpensive exercise classes, turned them down. “But WHEN you get a fracture (not IF) we will be able to look after you on the Orthopaedic ward” (at a cost of around £12,000).
No-one in that hospital had thought how much fractures cost the NHS every year, and how a simple exercise course could save thousands – if not millions.

Your place in the scheme

If you believe that exercise could help, contact your local Macmillan branch and ask them what exercise programmes might be available, or could be set up.
And be prepared to suggest classes yourself: it does work.